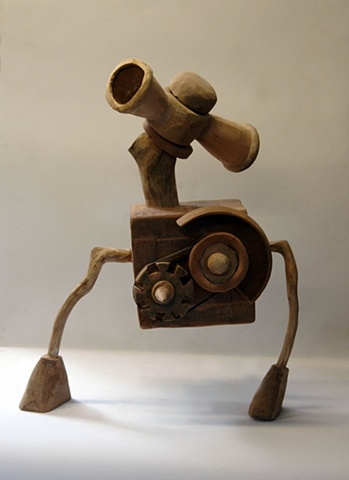 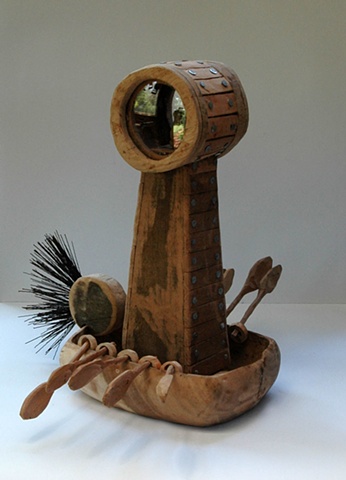 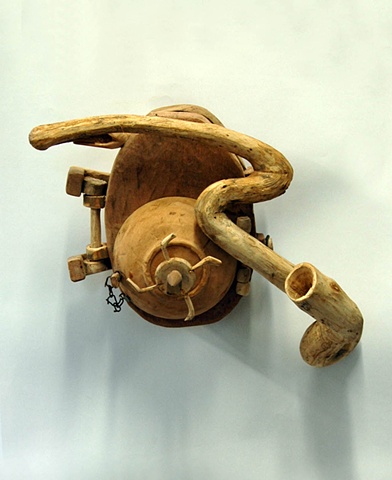 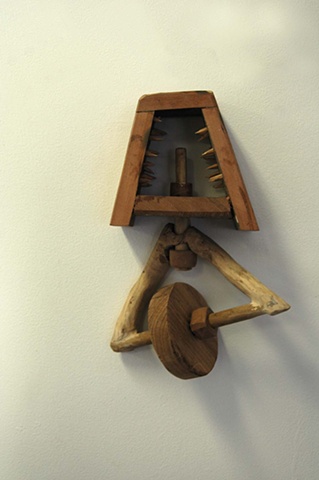 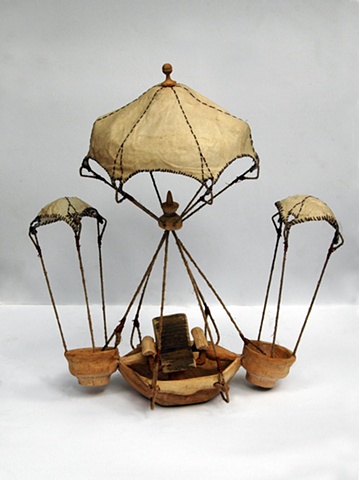 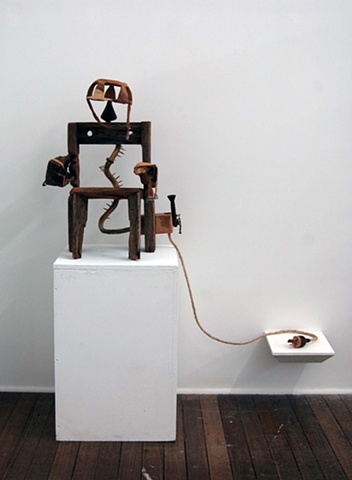 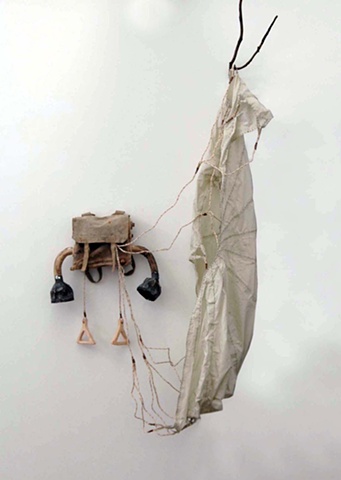 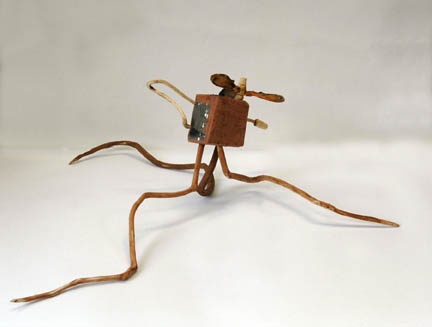 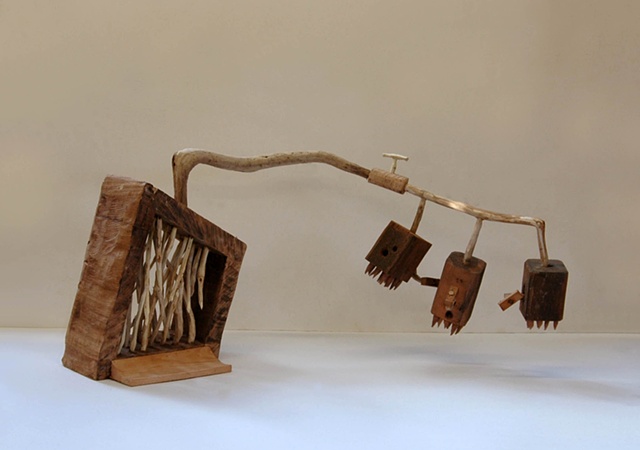 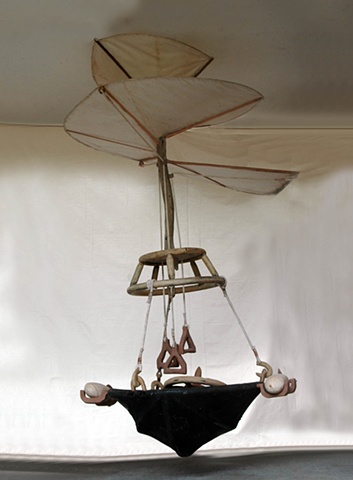 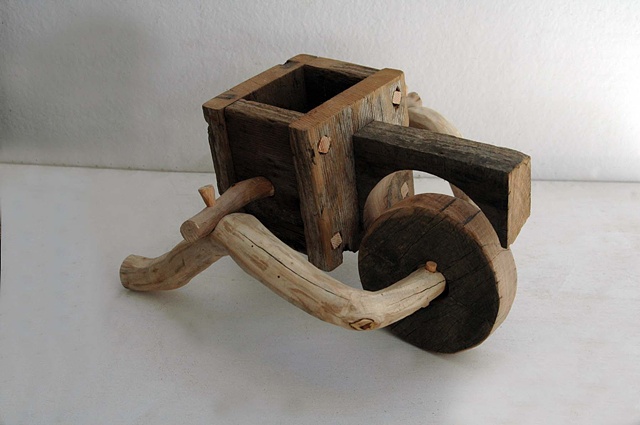 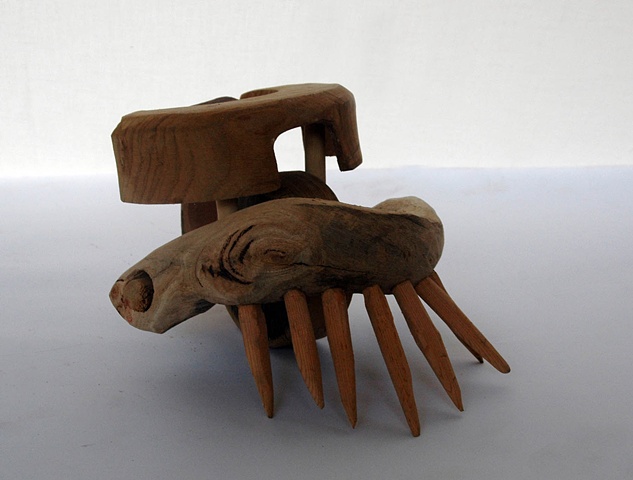 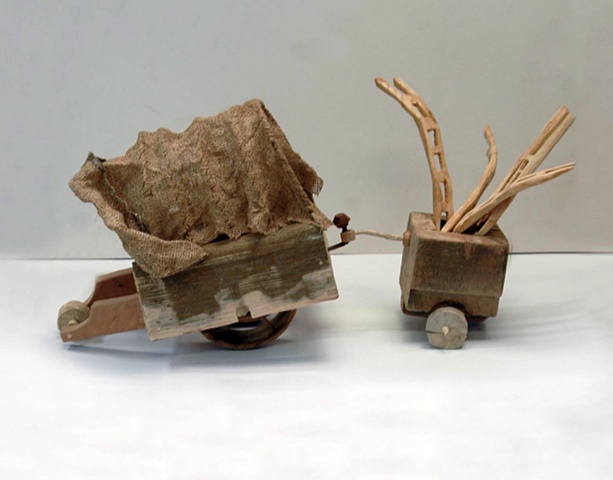 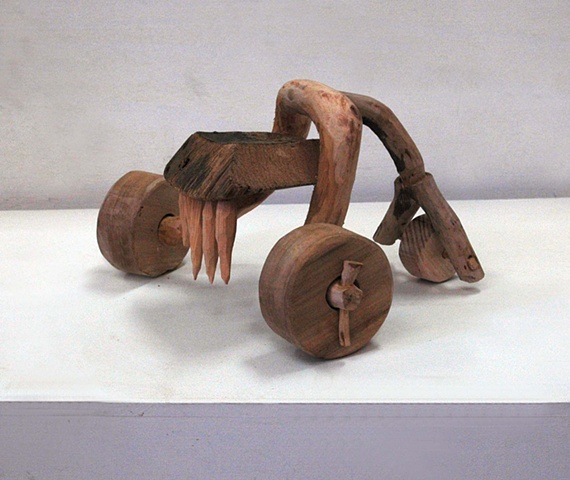 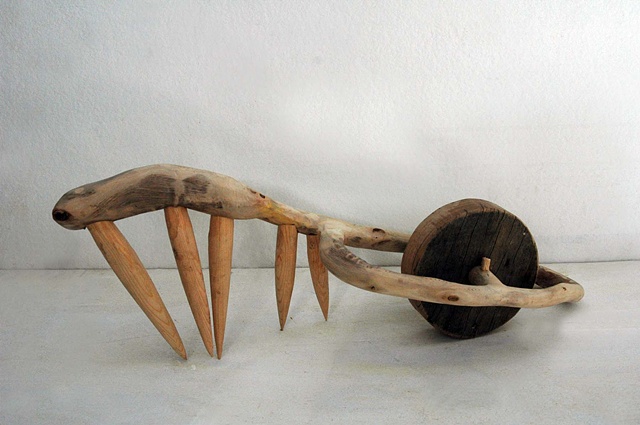 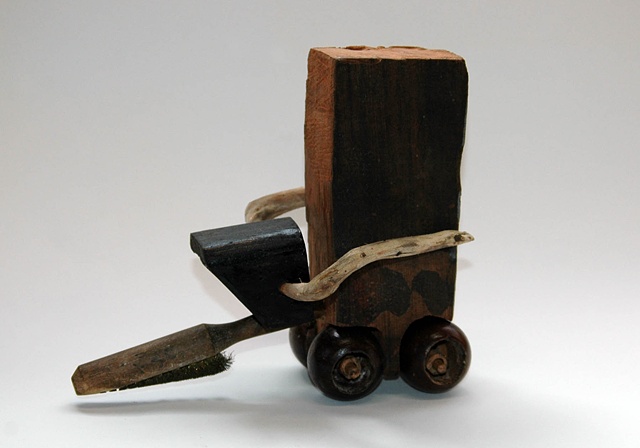 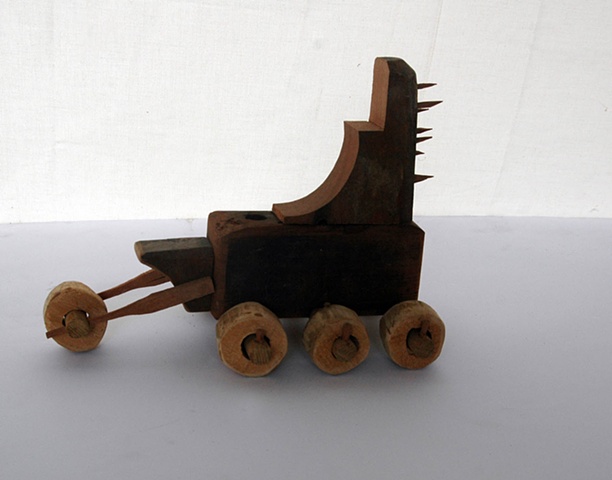 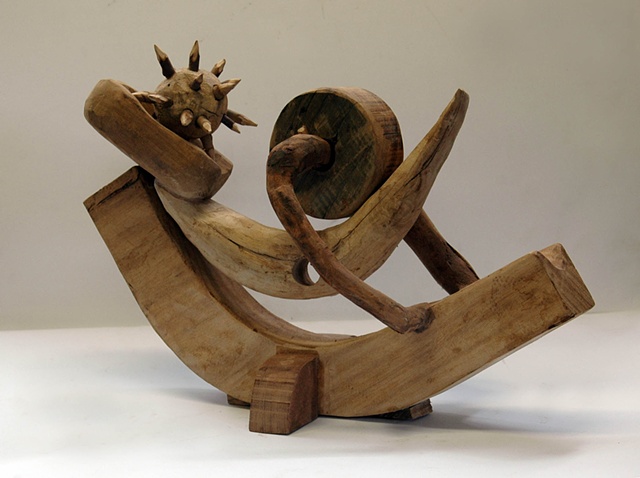 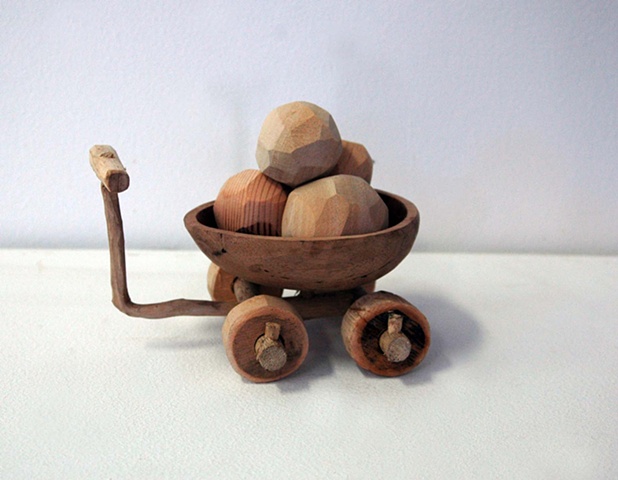 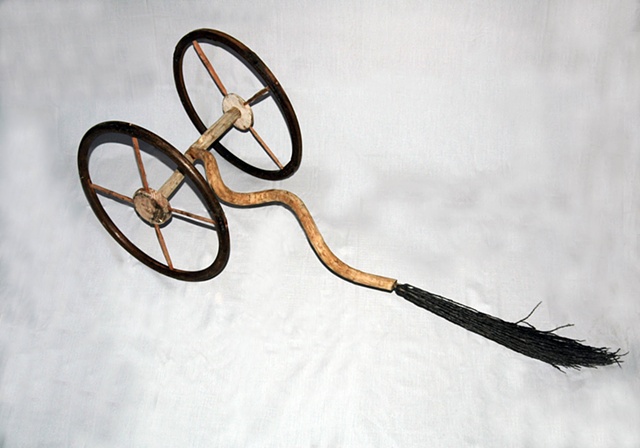 This body of work was inspired by the conflicting influences of medieval war weaponry and children’s toys. The impetus behind conflict is to force one party to concede to another’s truth. Yet the simplistic, toy-like quality to these works makes a mockery of their sinister edge and their desire to extract truth. I see them as being paused in a moment of action, ready to reanimate at command, but completely ill-designed for the job if ever this was to happen. They are formed using simple wood joinery techniques, and teeter on the edge of the ludicrous. They may be absurd, but no more so than a world of child soldiers, war mongering and contemporary torture.